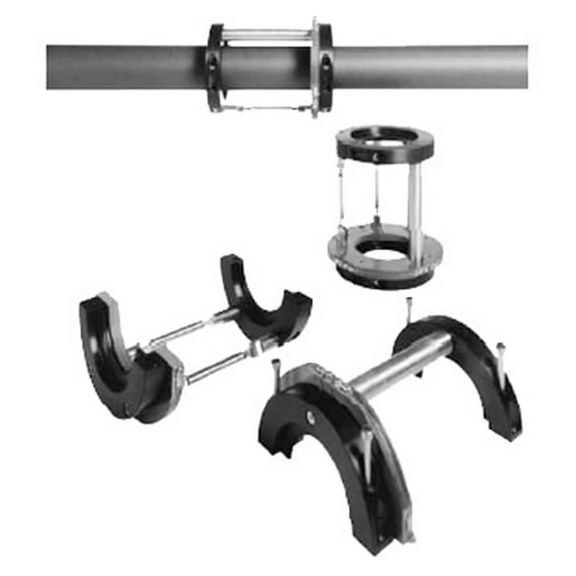 The Series 9300 Torsionometer is ideal for measuring torque on machinery where little down time can be afforded. The quick installation of the clamp-on collars with the pre-calibrated bending beam converts I/O shafts into instant torque transducers. The 9300 Series are ideal for those applications involving repetitive testing of identical systems. The clamp-on 9300 Series uses a pre-calibrated bending beam which is clamped at each end by a counterbalanced collar around a heavy-wall or solid shaft to sense torque.

Each installation uses one of a selection of bending beam lengths to generate the specific output to the on-board RF transmitter. The strain gage output is then coupled to the readout device or control loop via an RF telemetry package. A variety of collars and bending beams are available to accommodate high torque ranges and shafts from 2.5 in to 15.4 in diameter. Running speeds are from 2,500 RPM down to zero RPM. The built-in transmitter can be environmentally sealed for harsh environments and high vibration.